This report is the third in a series of four studies about non-contributory social protection in the MENA region produced under the scope of a joint research project carried out by the IPC-IG and the UNICEF MENARO. 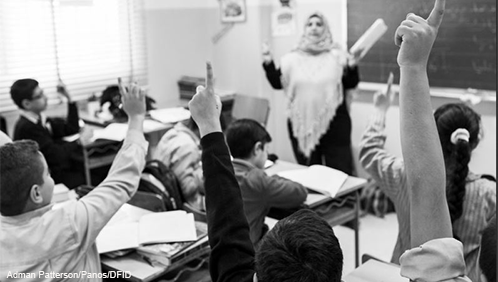 "The MENA region faces complex emergencies, including violent conflicts and major displacement of people. Moreover, many of these countries' social assistance systems have undergone recent reforms. Therefore, understanding how social protection programmes can be more responsive to shocks is a very important topic for the region", said Raquel Tebaldi, IPC-IG researcher and author of the report.

Social protection is typically recognised as an important policy instrument for addressing idiosyncratic shocks, but recently several studies have sought to investigate how social protection systems can also be resilient and respond to covariate shocks. A social protection system can be defined as shock-responsive when it "can respond flexibly in the event of an emergency1 " that affects a large numbers of people and/or communities at once, rather than idiosyncratic shocks, such as the death of a breadwinner, which may affect individual households or household members.

The MENA region has a long tradition of providing social support to the most vulnerable segments of society. However, government-led social protection programmes and policies remain limited in many countries, often relying to a large extent on food and fuel subsidies and on support from charities and non-governmental organisations. Yet, in recent years, the region has seen the gradual introduction of subsidy reforms that included the introduction or scale-up of targeted cash transfer programmes

Among its main findings, the study highlights that, in general, emergency preparedness measures are lacking, and the lack of comprehensive national social registries in the region is also a key challenge in enhancing overall system responsiveness.