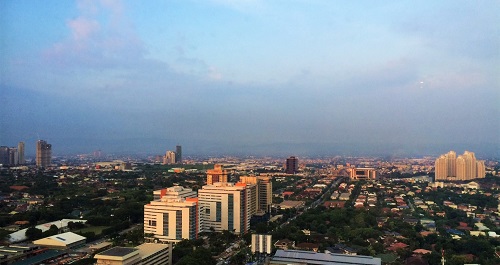 socialprotection.org featured as one of the partners of the APSP 2016. Become a member of the platform to access the latest social protection related content from the Asia-Pacific region.

Day 4 of the APSP Week

The day commenced with a special lecture on Labour Market Programmes from Duncam Campbell (Professor, Cornell University and former Director of the Policy and Integration Department, International Labour Organisation). The lecture explored how labour is being substituted and complemented by new technologies. He reflected on how today’s technological revolution has had as great an impact on life and labour, comprable to the introduction of electricity, transforming the lives of people around the world. The impact is also universal, given that smartphones are accessible to the poor. With respect to data, staggering advances in software and hardware facilitate the processing of massive amounts of data, which are then able to be analysed. This has resulted in routine, patterned and predictable jobs (such as bookkeeping and cashiers) being replaced by computers, due to their ease of automation.

Robotics are also replacing many unskilled and semi-skilled jobs. India, China and Japan are experiencing this trend in manufacturing employment; accounting for a decline in manufacturing jobs despite an increase in production. Call centres, which are a prominent source of employment in the Asian region, are also being replaced due to voice recognition technology. Campbell stated that jobs that rely on human interaction, intuition and creativity will not disappear, such as childcare, hairdressing and healthcare. Today, highly skilled jobs and low-skilled manual labour are still in demand, with middle-skilled jobs being at risk. This echoes the notion of the ‘missing middle’, compromising the growth of this class. Mr. Campbell noted how this hollowing out of the labour market is particularly prevalent in wealthier countries, generating a global challenge for social protection due to increasing unemployment rates.

Even so, the digital economy benefits the informal economy, with technology leading to innovation; for example, smartphones reduce transaction costs. There is great web-based job creation potential due to the segmentation of existing product and service markets, as is demonstrated by AirBnb and Uber. Digital technologies are also transforming governments by creating digital identities for people who were previously invisible. This is exemplified by the creation of online banking accounts for poor people accessing public works programmes. The consumer market has also been transformed through online shopping. This has increased consumption while rendering many physical shops redundant. It can be said that the future of labour involves intelligent labour market technology combined with new education and vocational training, catering to self-employment as opposed to wage employment. Social protection and labour market policy needs to evolve accordingly, keeping in mind that as long as labour is cheap and abundant, as is the case for car manufacturing in India, it will not be replaced by technology. Mr. Campbell concluded by stating that despite job polarisation, the net influence of technology is good, by improving quality and productivity.

Social Protection for Informal Workers—How can we expand? (Global/Regional Issues)

A talk show-style discussion followed, with Mr. Campbell discussing technological catch-up in poor countries. The information asymmetry between the wealthy and the poor has been a major historical challenge. A reduction in this asymmetry in the digital era is especially positive with respect to employment. This is great for governments, as it can improve and transform service delivery. For example, healthcare advice can be accessed online. The technology-driven labour substitution effect is not massive in Asia as of yet, but rather gradual. Even so, governments need to prepare for it.

Carlos Garcia-de-Cortazar (Deputy Director for Social Affairs, Education, Culture, Health and Consumers, Spanish Ministry for Foreign Affairs and Cooperation, Social Protection EU Expertise (SOCIEUX)) addressed how sustainability is being consistently mentioned in social protection discussions, however sustainability is simply protection against risk. The focus therefore should be on adequacy. He also mentioned the imperative to address aging and gender equality in social protection. The discussion turned to a focus on transforming education systems globally to cater to the contemporary and future demands of the labour market. This will reduce the burden on social protection systems by minimising unemployment and subsequent challenges arising from it. 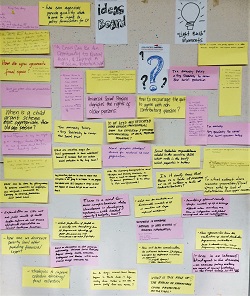 Hina Shaikh (Country economist for Pakistan, International Growth Centre) shared her findings on the informal economy, namely women in the garment manufacturing sector in Pakistan. These women rely on informal work as their main source of income and are largely vulnerable, facing a critical deficit of basic skills, such as mathematical literacy. Most of these women do not have any form of employment contract, even oral. What’s more, access to social protection among these women is negligible. The majority are also unaware of social protection services and reluctant to contribute to available social insurance schemes due to a lack of knowledge of the associated benefits. Further compromising the situation for women in Pakistan, is the fact that work condition inspections are rare, even in the formal sector. When they do happen, they do not address the conditions of women, rendering them doubly vulnerable to exploitation in the informal sector. She recommended extending social protection to the informal sector to help vulnerable female workers in the informal economy.

Mohammad Yunus (Senior Research Fellow, Bangladesh Institute for Development Studies, Bangladesh) followed, reiterating the challenges of the informal economy noted by Shaikh. Informal workers constitute 87 per cent of workers in Bangladesh, with 90 per cent of these being female and 95 per cent of these female workers occupying the ready-made garment industry. There are laws in place to protect these workers, however they are egregiously violated as there is a major undercapacity to effectively inspect working conditions. Furthermore, there are no trade unions for these workers to voice their concerns. Admittedly, international media attention has addressed these shocking working conditions, especially the poor infrastructure in Bangladesh. Mr. Yunus went on to note that even when conditions are decent, there are still major issues regarding the regular and timely payment of workers.

Imrana Jalal (Senior Social Development Specialist(Gender and Development), SDCC, ADB) then provided findings on women in the labour market in China. Women’s labour force participation rates in China are equal to that of the developed world; exponentially advancing the Chinese labour market. Child care, breastfeeding spaces and provision of care for the elderly have been crucial in supporting the participation of women, however these provisions have been on the decline, leading to negative impacts. This is especially apparent when considering China’s one child policy, that places a heavy burden on women to take on the sole responsibility for elderly care in the family. Ms. Jalal went on to state that care is a professional service, meaning that if women are expected to take on this role, they should be paid for it. She also acknowledged the increasing gender wage gap and gender discrimination in China. This can be attributed to gendered labour market segmentation. Among women, young mothers are particularly discriminated by the labour market, referred to in China as the ‘motherhood penalty’. Migrant workers also face heavy discrimination due to the hukou system of household registration.

Gaining the Edge—Investing in Identity Management Systems in Social Protection 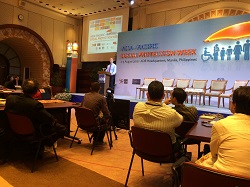 Michael Stahl highlighted the need for reliable data in ID management. This pursuit is compromised due to many poor people in developing countries not having any form of ID, meaning they cannot be tracked by the authorities to benefit from social protection. What’s more, some countries still don’t have any form of universal national identification. Civil registration, birth registration and national IDs are essential components for properly delivering social security, health insurance and labour market interventions. Mr. Stahl called for this gap to be bridged.

Lisa Grace Bersales (National Statistician and Civil Registrar General, Philippine Statistical Authority) gave insight into the Philippine civil registration system, which features an integrated approach, using a national ID number to integrate service delivery. T. Koshy (Partner, Ernst and Young, India) noted the challenge of coordinating enrolment in India, which can only be achieved using biometric identification due to the countries’ large population of over one billion people. This approach has involved creating a comprehensive set of implementation parameters, including training, software development and the creation of physical registration points. Susann Roth, (Senior Social Development Specialist (Social Protection, SDCC, ADB) noted how high-level government support and advocacy is essential in implementing national identification. Countries should engage in an integrated, national ID journey, determining which programmes can be linked. In this process, security and privacy are serious concerns, which should be accounted for. Governments or private entities can charge fees to authenticate IDs, generating money to cater to ID services. Governments can also encourage poor and illiterate people to seek identification by educating them on the benefits of being integrated into the social security system.

Emmanuel Luna (Director, Social Development Programme, College of Social Work and Community Development, University of the Philippines) presented on the volatility and vulnerability of the humanitarian system, generating a demand for cost-effective humanitarian aid in the Philippines to deliver effective shock response. Following Typhoon Haiyan, the Pantawid national conditional cash transfer programme (CCT) was vertically expanded. However, households that were not already beneficiaries were excluded from receiving humanitarian aid as the horizontal expansion of social protection was not considered feasible or politically desirable. To enable the vertical scale-up, they relied on already well-established administrative systems of the CCT, including existing processes for quick identification, flexible payment systems and local-level implementation networks. Many challenges remain in delivering humanitarian aid in the Philippines, including defining institutional arrangements and strengthening capacities, as well as preparedness planning.

San San Aye (Deputy Director General, Department of Social Welfare, Ministry of Social Welfare, Relief and Resettlement, Government of Myanmar) provided a presentation on social protection as part of Myanmar’s national response to disaster risk management and climate change preparedness. The objective of the response is to return people to their normal status following loss due to floods, using rations, ‘dignity kits’ and family kits. She called for more investment; institutional, legal and policy reforms as well as the implementation of the flagship programme mentioned in the National Security Framework Plan, to improve both social protection and disaster risk management.

Shamsul Alam (Member, General Economics Division, Planning Commission, Bangladesh) followed with a presentation on disaster risk reduction and climate change adaptation in Bangladesh. The country has a National Social Security Strategy, with 25 programmes being dedicated to disaster risk and climate change. Lessons learned demonstrate that strong political commitment with a focus on social development is essential. Different social protection schemes have the ability to cater to different phases of disaster relief response. He noted how eradicating extreme poverty is especially relevant in the context of disaster risk and climate change, to ensure a more peaceful and inclusive society.

Johanna Knoess (Head of Sector Initiative Social Protection, GIZ, Germany) delivered a presentation on integrating social protection with disaster risk management and climate change and adaptation response. Uniting social protection with climate change and adaptation response is an established approach, but more needs to be done. Institutional, legislative, technical, political and financial barriers still hinder this policy agenda. She highlighted possible solutions, such as increasing cross-sectoral coordination between ministries in advance, before crisis onset. Ensuring that the social protection system is able to respond to crisis requires a whole different set of mechanisms for scaling up. This includes an early warning system, variable payment mechanisms as well as reaching previously untargeted regions. In times of crisis, additional funding is usually made available for humanitarian relief, which in itself can be a challenge to disburse. Governments must ensure programme coverage can be expanded, flexible delivery systems are in place and predictable financing arrangements have been prepared. Asset building, livelihood promotion and policy development are recommended for achieving improved, more comprehensive disaster and climate change response schemes.

We invite you to continue reading the full coverage of the event here: