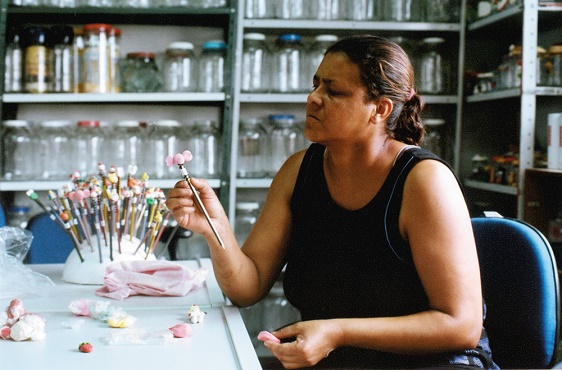 The study, titled “Bolsa Família and women’s autonomy: what do the qualitative studies tell us?”, authored by Letícia Bartholo, research associate at IPC-IG and researcher at the Institute for Applied Economic Research (Ipea), synthesises the results of qualitative research delving into the perception of female PBF recipients regarding the changes brought about by the programme.

Implemented in 2003, the PBF aims to fight hunger and poverty and encourage education and health care in poor families in Brazil. Women are the main recipients of the benefit in 92 per cent of beneficiary households, irrespective of family arrangement. Beneficiary households must comply with education and health conditionalities, such as regular school attendance and vaccination coverage for children. Results show that direct access to the benefits has increased women’s decision-making capacities regarding domestic issues, boosting their autonomy. The perception of having a regular source of income makes women recipients feel less dependent on their partners. Regarding participation in the labour market, research shows that there are no significant differences between male and female beneficiaries, and results point towards a reduction in the number of hours that women dedicate to productive work being counteracted by an increase in hours allotted to domestic tasks and children care.

This might be seen as a negative effect of the PBF on gender equality through the reinforcement of traditional gender roles—as productive work can contribute to women’s financial security and overall independence. However, under a different light, it might also indicate an opportunity for women to choose to engage in domestic work, leaving precarious and exploitative jobs.  If, on the one hand, the PBF might increase women’s domestic burden and reinforce traditional gender roles, on the other hand, female beneficiaries have indicated many positive aspects of the programme. Interviewees living in rural areas, for example, have experienced a greater sense of citizenship and social recognition by having their civil documents issued and by becoming the direct link between their households and the government.

Additionally, PBF conditionalities that strengthen the linkages between women and health services have improved their access to contraceptives and therefore increased their reproductive rights. Direct access to cash may have also influenced women’s search for increased birth control options.

The study asserts that while changes in gender roles are complex and constitute long-term achievements, they have never been the explicit objective of the PBF. However, the programme has indirectly facilitated the autonomy of poorer women by increasing their access to healthcare, basic income and allowing them to directly liaison with the State.

The full article is available for download here. The article titled “Bolsa Família and gender relations: national survey results” is further recommended reading and can be found here. Both publications are part of the project supported by the United Kingdom Department for International Development (DFID):“Brazil & Africa: fighting poverty and empowering women through South-South Cooperation”. The IPC-IG is responsible for the implementation of the outcome 1 and 2 of the abovemenmtioned  project.